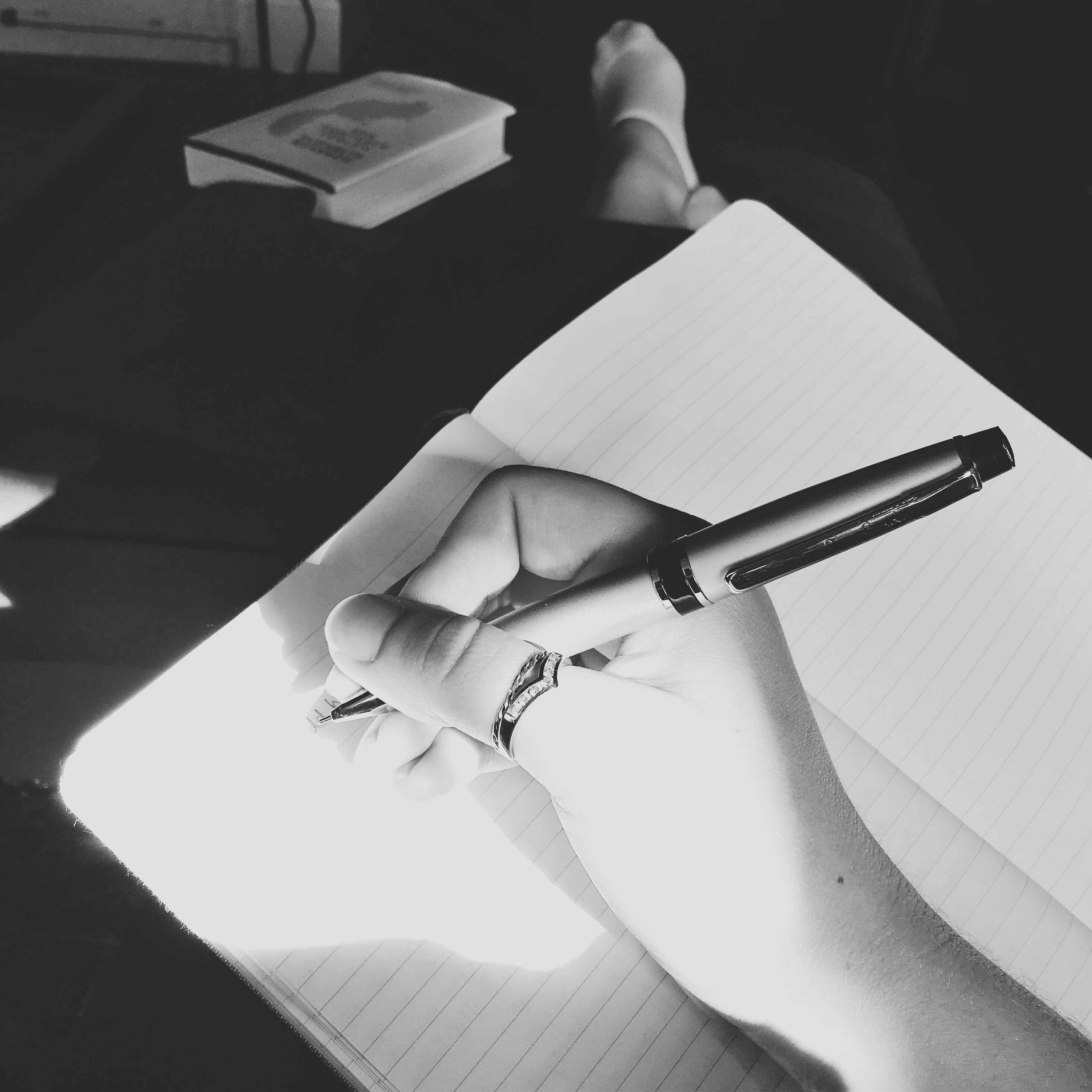 I seem to keep promising myself two things: that I will write more, and that I will share some of what I write. I am never very good at keeping either of these promises. During my wonderful stay at Gladstone’s Library I had intended to write some short stories and maybe a bit of poetry. What actually happened was that I wrote quite a lot of poetry and only two little segments of a short story. Turns out I am not very good at actually getting to any sort of narrative. (Note to self: work on that.)

Regardless, I’ve decided to share one of the little bits I wrote. I’m sharing it raw and unedited because if I get into all that I will never share it. This particular snippet was inspired by a writing prompt I found on Pinterest: “write about a new season and it’s impact on the world”. I had in my mind the effects of climate change, and how sometimes our seasons appear all out of whack, and I decided to set it in the far future, but beyond that initial thought I basically free wrote. What came out was a sort of message in a bottle…

No one knew what to call it. The first time it happened it was a ‘freak occurrence’; a ‘meteorological abnormality’; ‘nothing to worry about’. We were captivated by its beauty, and we believed them.

The light was entrancing: ethereal. Streaming from the sky in undulating ribbons, almost pearlescent and tinged with dawn colours. Like a day-lit aurora, it seemed as if each heavenly light fall should deposit a seraph in our midst. We soon discovered they were more of hell than heaven.

After years of this beautiful torture, the equatorial line is now a deep, permanent scorch, circling the Earth’s belly, growing wider with each passing orbit.

The Sun giveth, and the Sun taketh away.

We never know when the burning season will arrive. Unlike the old transitions, there is no gradual change; no slow curling and crisping of leaves as the hues shift to flame; no slow emerging of buds and shoots as greenery pushes its way to the surface once more. It comes in a sudden, terrible blaze. Without warning, the clouds part and the sun spears down, searing everything it touches from the face of the planet. It has proven impossible to predict when it will come and where it will fall. The Northern and Southern Hemispheres are now cut off from one another completely. No one dares cross the scorch band and the light falls have slowly created a no-mans land, not only on the surface but in the upper atmosphere as well. It was a shock when the first satellite fell.

Understandably, people fled from the Earth’s belt, humanity tearing like a seam around the middle. People surged North and South, seeking refuge; the upper and lower reaches of the planet have become unbearably crowded and we are running out of room. The scorch band expands inexorably towards us. All the old boundaries are gone and we are on the brink of war.

As if fighting the sun was not enough.

We did not heed the warnings and now nature takes its revenge for our ignorance and arrogance. The universe sends a mere sliver of its power, through a crack of our own making, and our downfall is sealed.

There is nowhere left for us to run. All our technology and bold proclamations are useless in the face of such relentless, uncompromising destruction.

This is our final hope. These words. Sent out in a direction we can’t control, into the vacuum of space, where we don’t know if anyone is listening. Where anyone who might be listening could be forgiven for ignoring our plea. Our trespasses, after all, are great and many.

But we plead with you anyway.

Because if you are reading this, you are our only hope.

If you are reading this, please send help.

3 thoughts on “Sharing a Snippet”

If you’d told me a year ago that I would voluntarily pick up and read a non-fiction book about economic theory, I’d have laughed at you. If you’d told me I’d enjoy - even love - it, I’d have thought you clearly didn’t know me at all. How wrong I would have been. I am very much a fiction reader. I struggle to get into non-fiction and, as I primarily read for escapism, even non-fic I find interesting doesn’t tend to serve my reading needs. As such, I can count on one hand the non-fiction books that have had a genuine impact on me. Doughnut Economics by Kate Raworth is about to join that list. I haven’t yet finished this book and I am taking my time with it because there is so much incredible information and food for thought in its pages. But even just reading the introduction completely blew my understanding of economics out of the water and left me hungry for more. (And also for doughnuts.) I first came across @doughnuteconomics and Kate Raworth’s work at the @wep_uk conference last year and was so intrigued and inspired by what she had to say that I had to get the book. My general avoidance of non-fiction led me to put off reading it but I finally picked it up last week in the course of my research for a client piece on the circular economy. I am so glad I started reading it and I TRULY urge everyone to give it a go.
Happy #WorldBookDay bookworms! Although, really, when you’re a bookworm, every day is World Book Day, right?! This little book stack are all recent purchases from @bookshop_org_uk (spot the dog sitting patiently in the background hoping I’ll give her the box the books came in to play with...) I’ve already finished Cinderella Is Dead and posted a full review I my blog last night - link in bio if you’d like to read. Moving into The Killing Moon next but I’m also still reading The Invisible Life of Addie LaRue, The Life and Rhymes of Benjamin Zephaniah, The Once and Future Witches, The List of Shit That Made Me a Feminist and, randomly, Doughnut Economics. Oh, and listening to The Starless Sea. Is that a lot of books to be reading at the same time? Yes, yes it is. Will that stop me? Absolutely not. Mood reader through and through. I’m also a little magpie like when it comes to books - even when I have several on the go already, if one catches my eye I’ve picked it up before I even realise what I’m doing.
✨Meet the bookstagrammer!✨
Hello, friends. I don’t know about you but I’m feeling sort of...stretched, right now. A little wrung out by life. There are brilliant books I’ve read that are waiting for reviews but I’m struggling to articulate much about them. There are ideas I want to put down in the pages of my notebook but when I put pen to paper it seems to stick there and my hand won’t move across the page as it should. I need to move my body but it feels weighed down with pain and lethargy which make curling up under a blanket much more appealing.
Just a gentle Sunday reminder to practice self care before, during, and after any experience that challenges your well-being. Your boundaries matter. 🙏💛
Spent lots of time outside this morning enjoying the sunshine on a lovely long walk with the pup and then clearing the flowerbeds in our garden and doing some planting. Spending time in nature is beautifully soothing and always helps blow the cobwebs away. Now I’m nicely tired, and some of the week’s tension has seeped out of my body, I’m hunkering down with a good book.
Loading Comments...
Comment
×
%d bloggers like this: